opens in a new window 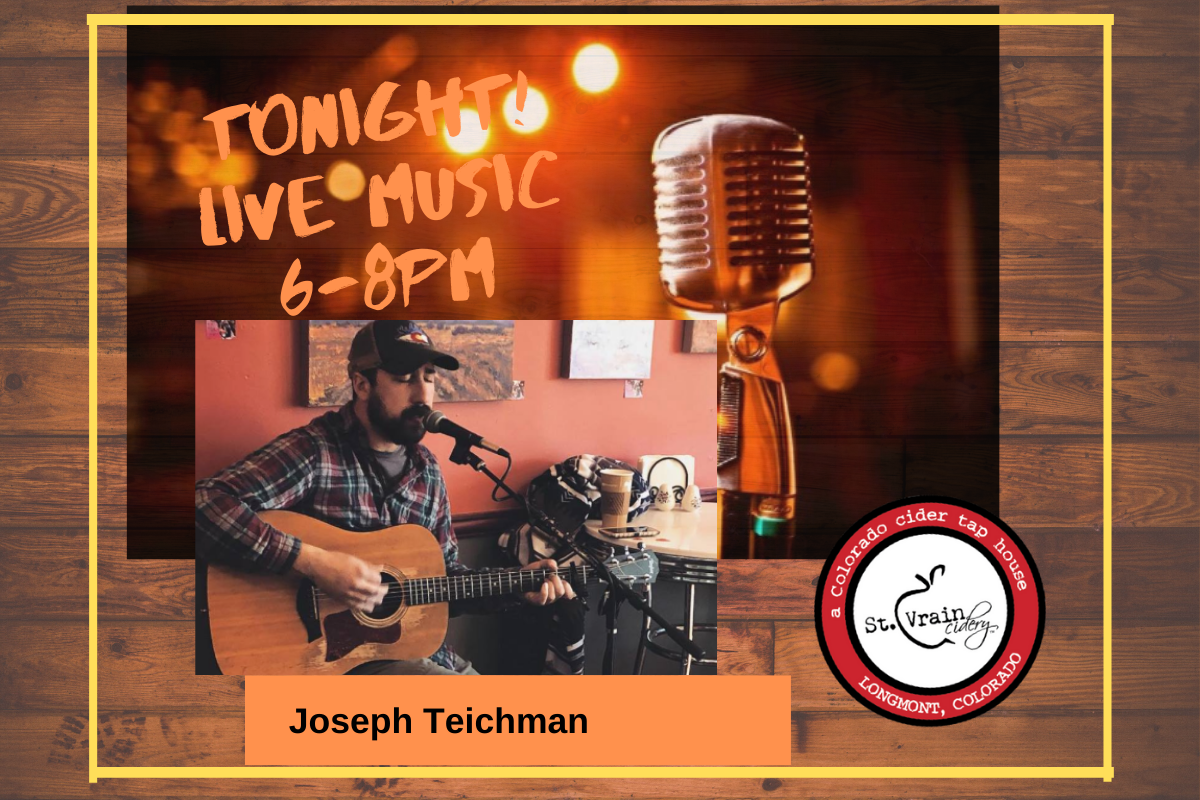 Here in the Tap Room we will be jamming with Joe! Come in for a Cider and enjoy a Sunday with Live Music to get you ready for the week!

Relatively unheard singer-songwriter, Joe Teichman, has been playing across the country in coffee shops, theaters, and honky-tonks. He became a staple in the Bryan/College Station music scene while attending Texas A&M, had a yearlong stint in the Austin music scene and is now residing in Alma, Colorado. His debut EP was released in November 2014 and has been helping him spread his music further than before. Joe released his first full-length album, Heart Over Mind, in 2016. He is a songwriter who knows how to be patient with a song and tries to relate on every level.